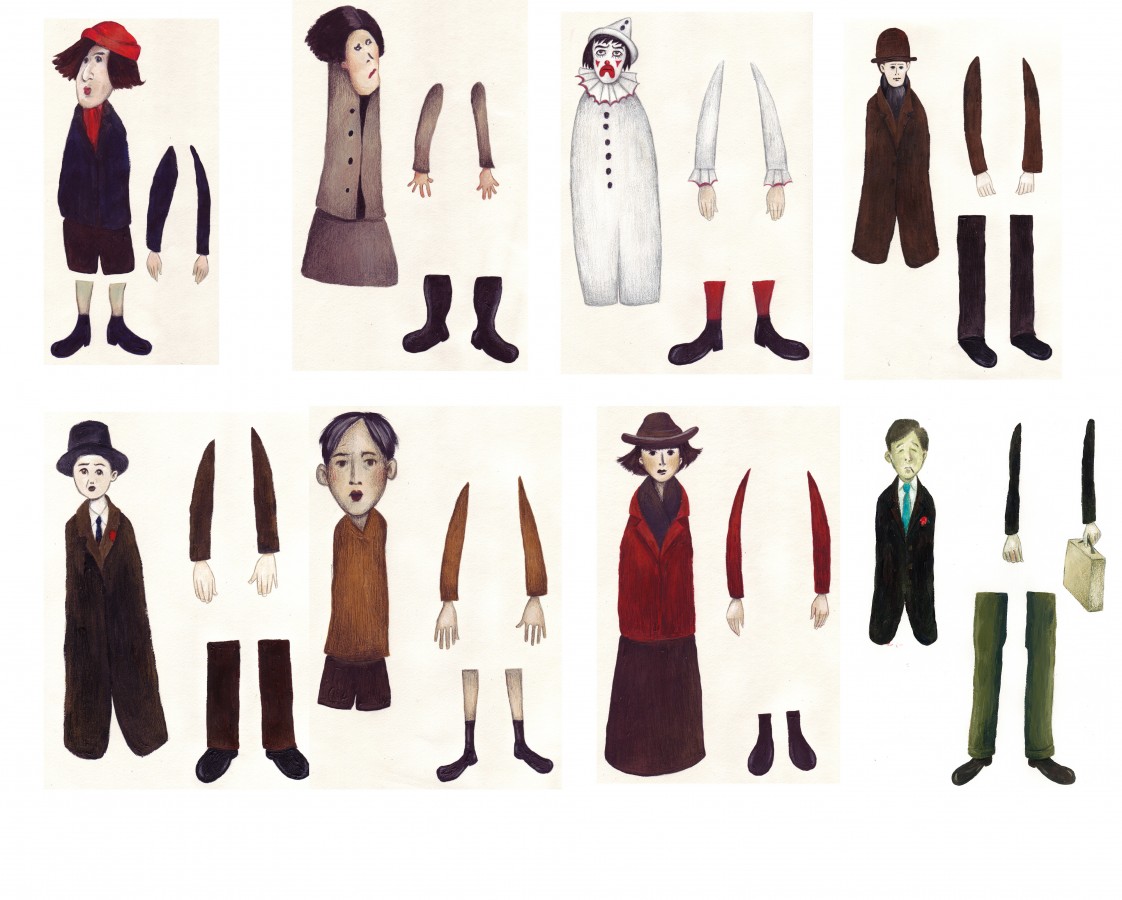 L.S Lowry rarely painted accurate scenes and this painting presented a unique opportunity to bring the people in the painting to life based on real people in the same location. I was particular interested in the fact Lowry spent a lot of time within the Gardens fascinated with the different characters, watching and sketching them and that the same types of people still frequent this area today.
We took two slightly different perspectives on the single vision of using real people to bring the painting of Piccadilly gardens and some of Lowry’s iconic character paintings to life.

We chose an area of the current gardens that reflected the same perspective as the original painting. For this installation the main approach was that the real location would be the painting and that passers by would be reflected in a large screen as Lowry characters.

We set up a large screen showing a digital projection of the painting of Picadilly Gardens with the people removed, alongside this where two small screens showing a live webcam link and also a smaller version of the Piccadilly gardens installation.

As people interacted with the screens they appeared in the foreground of the painting whilst at the same time people from the Gardens where beamed across and populated the mid-ground.

We used 3d cameras to detect individuals in front of the screens. this allowed us to get a skeleton picture of each participants major joints and convert them into a 2d puppet that would mimic their movements. we could detect people facing front, left, right and backwards. We could also send the data collected between the two locations in real time and re-present it at each location.