Cultural Olympics commission: An ambitious re-imagination of our original Handprint project as part of the Northwest cultural Olympiad in 2012 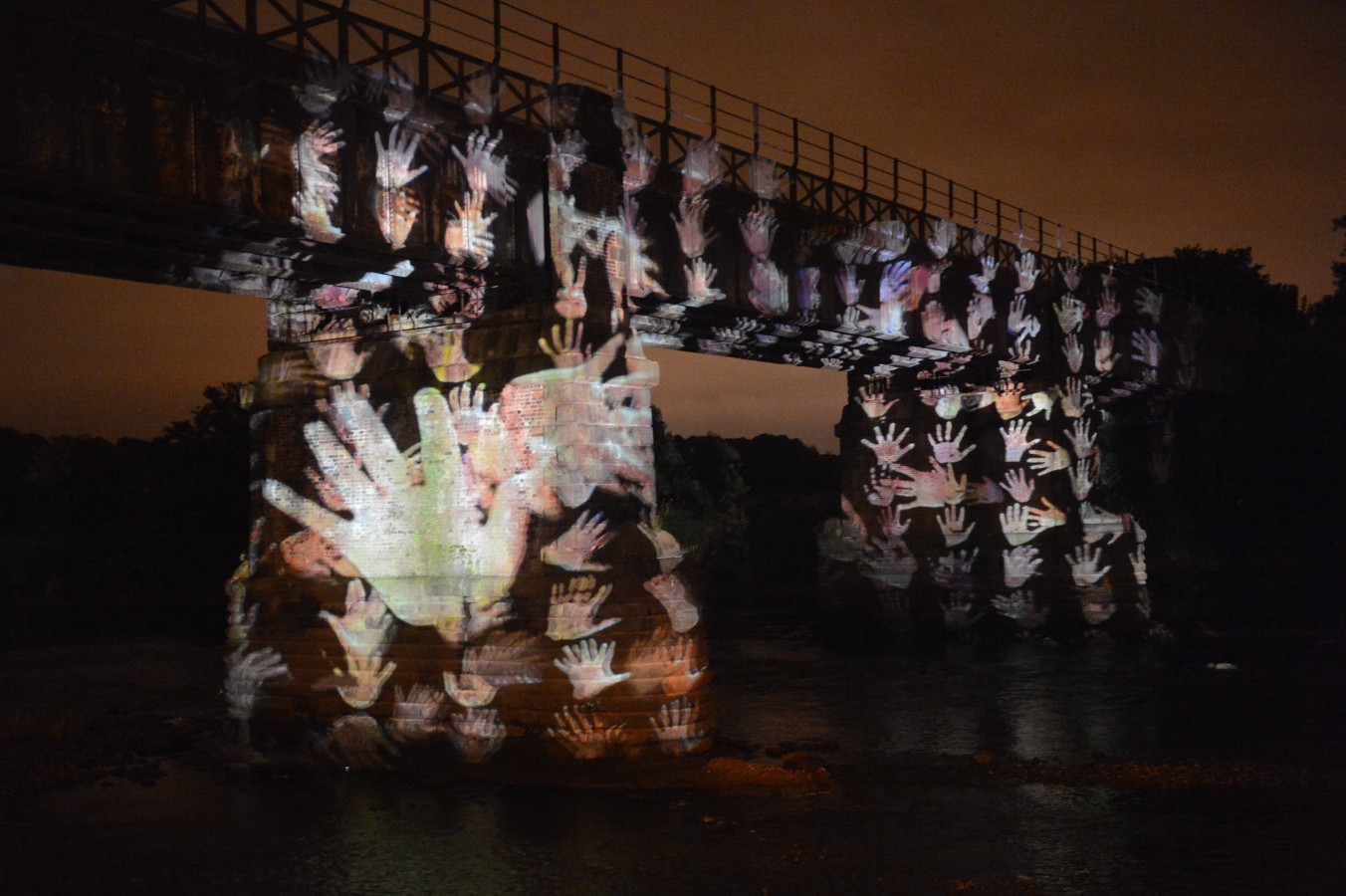 Handprint 2012 combined an on-line artwork with a series of live interventions and culminated in a large scale mass participation projection.

The on-line component was integrated within “WE PLAY” the North West’s cultural legacy programme for the London 2012 Olympic and Paralympic Games. The “WE PLAY” website was the central social and information hub of this activity allowing users to sign-up and earn rewards for their participation in the program of events. Handprint 2012 offered the members the opportunity to also become part of the artwork. It visualised the connections and activities of all members

The final installation took place in September 9th -12th as part of the closing cultural Olympiad festival in Avenham park, Preston. Where 4 large projectors and two scanning stations enabled hundreds of people to scan their hands and see them projected onto a large railway bridge.The bridge in itself provided a strongly symbolic canvas. One surprise element was seeing the hands seemingly touch the water and we created animations on site to strengthen this perspective, having the hands appear to come out of the water.